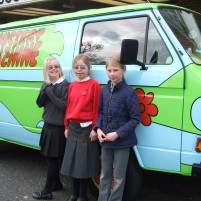 The Golden Lion Children’s Trust has always believed children with special needs enjoy a visit to live theatre, and the charity is lucky enough to have built a great rapport with many of the local theatres.

The Assembly Hall, Tunbridge Wells is one local theatre that often has shows particularly suited to special needs children, and on the afternoon of Friday 4th April 2014 five families with children at Grove Park Primary School, Crowborough watched the ‘Scooby Doo’ show there as a pre-Easter treat. 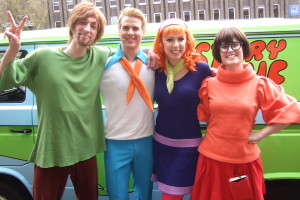 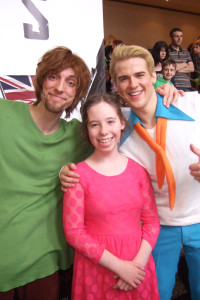 On the morning of 6th July four more families with children at that same school had fun watching ‘The Sooty Show’ – yes, Sooty with friends Sweep and Sue (just as generations remember him but perhaps a little more up-to-date!!). Afterwards families were invited to queue in the cafeteria area for the chance to take it in turns to pose for photos with Sooty (ably assisted of course by Richard).

In addition to inviting individual families to the two shows, GLCT arranged to take a group of twenty from the Grove Park After School Club to watch a performance of ‘Horrible Histories – Barmy Britain’ on 30th May which was thoroughly entertaining for children and adults alike. It was billed as “the horrible history of Britain with the nasty bits left in” and was gruesome in parts even before the audience were given 3D glasses to wear! 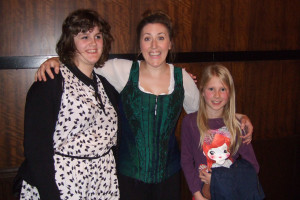 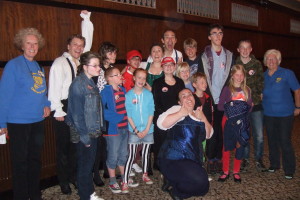