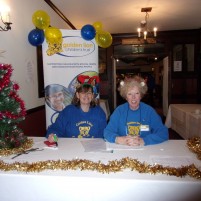 Face painters, Charlie the Clown, a popular art table, disco thanks to Toby & Andy Dickenson and party tea followed by a visit from the guest of honour Father Christmas meant one thing – the GLCT Late Christmas Party at the Gatwick Manor Hotel. When their name was called out, each child received a sack of four presents together with other sweet treats as they left the hotel.

Thanks to everyone who helped to make it such a fun afternoon for so many local children who otherwise may not have had a very happy Christmas. Those too young for the party weren’t forgotten and were sent a bag of gifts; nor were the older ones, who each received a cinema voucher. 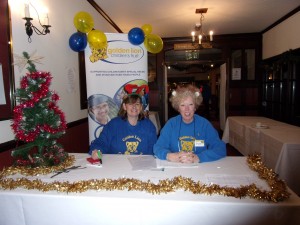 ← Panto Time for the GLCT
Jack and the Beanstalk →