A group of West Sussex trainee firefighters will be attempting to set a new world record while raising money for good causes when they take on a charity ladder climb and pole drop on 12th August 2016.

The 12 recruits began an intensive 14-week training course in May to become wholetime community firefighters, and will be aiming to climb and slide in excess of 7,000 metres in just one hour. If they succeed they will beat a record set by a team of East Sussex firefighters earlier this year.

The event, takes place at 2pm at The Carfax in Horsham, and is being staged to raise thousands of pounds for The Fire Fighters Charity, the Golden Lion Children’s Trust and the Keep Connor Active appeal.

Crawley firefighter, Lee Burridge, who is organising the charity challenge, said: “There is a longstanding tradition of trainee firefighters raising money for charity to mark their commitment to a career serving their community. Our new recruits are very keen to continue this tradition.“We now need the public to get behind this challenge and help our trainee firefighters raise as much money as possible for three great causes. If you are in Horsham on the day, please come along to the Carfax and cheer them on!”

If you would like to support the recruits and their fundraising efforts you can do so by donating via https://crowdfunding.justgiving.com/WSFRSworldrecord where all the donations will go directly to the charities. 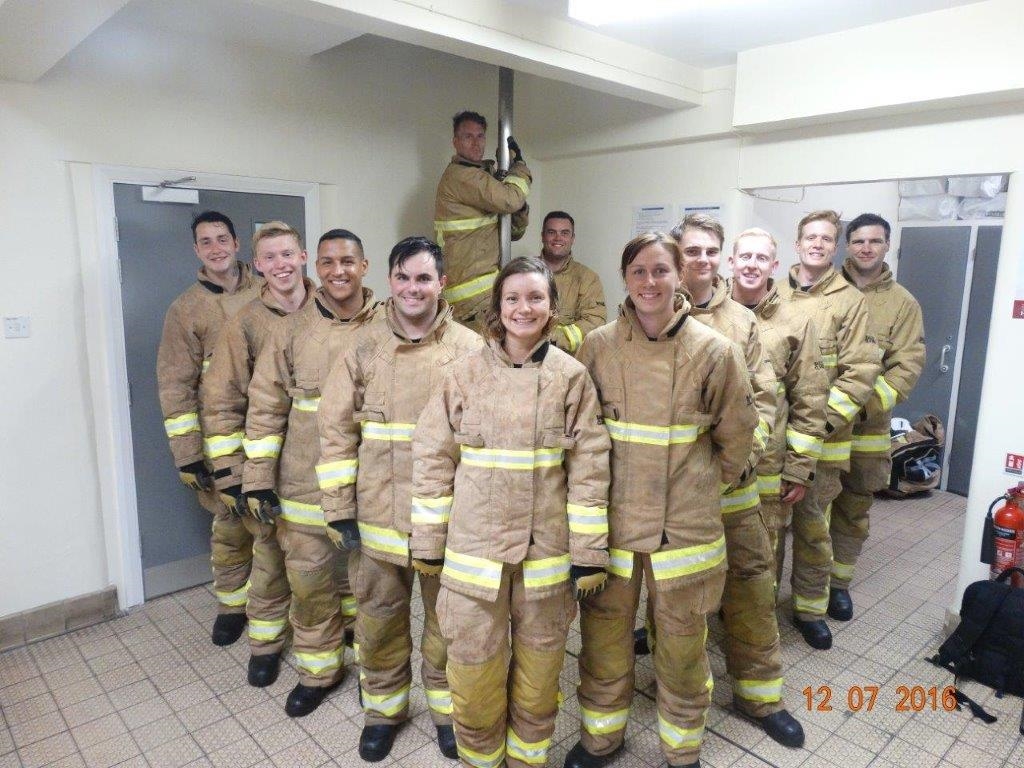