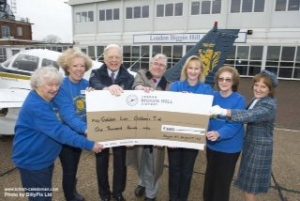 on Monday 16th January 2016. A Piper Archer G-RECW “freshly painted in the colours

of the British Caledonian” was rolled-out and admired by a crowd of 100 people, mainly

former employees of the airline. 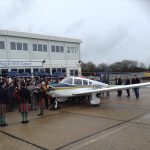 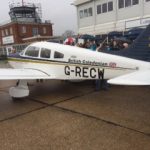 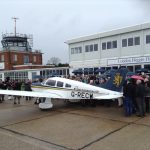 The owner of the aircraft organised the event, together with two friends, in memory

of his late wife Julie. The plan is to use the aircraft, named ‘Julie – The Spirit of BCal’,

at various airshows, etc to encourage charitable donations both to the Phyllis Tuckwell

Hospice, Farnham, where Julie was cared for, and to the GLCT. 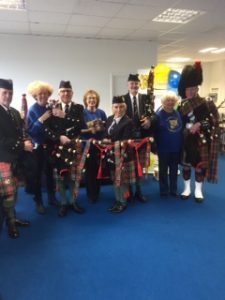 hospitality shown by everyone at Biggin Hill Airport. 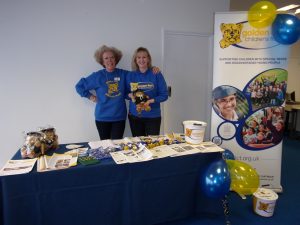 More photos of the event are available on http://www.british-caledonian.com