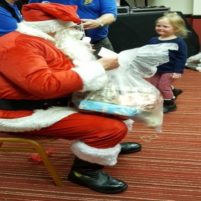 whether to have their faces painted; or to watch Jamie modelling with balloons;

or to just sit and draw quietly at the Art Table.

arrival of Father Christmas. Even though it was well after Christmas he had a sack

of presents for each child. Some of the sacks seemed almost as big as the children!

goodies to collect from the giveaway table.

What an afternoon! What a party!! 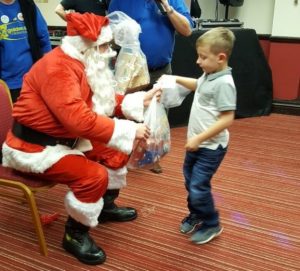 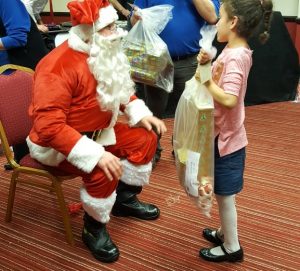 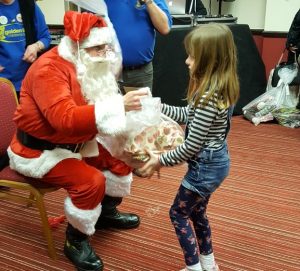 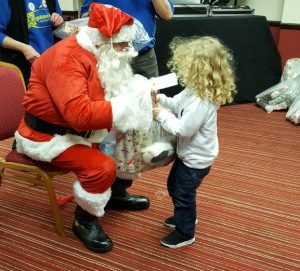 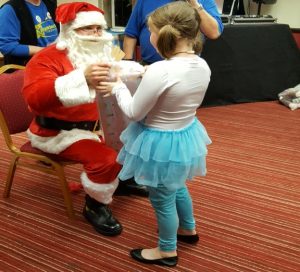 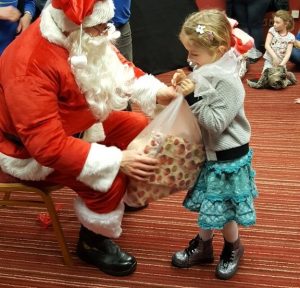 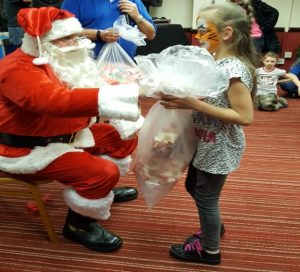 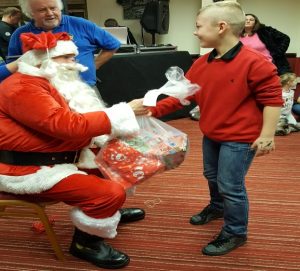 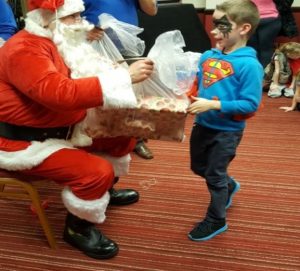 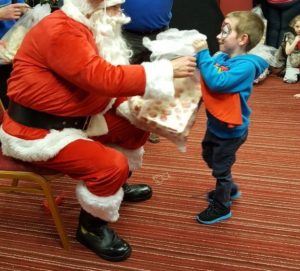 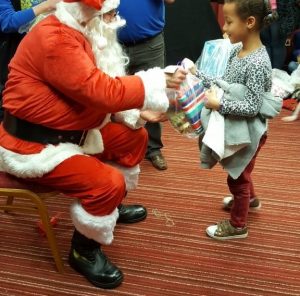 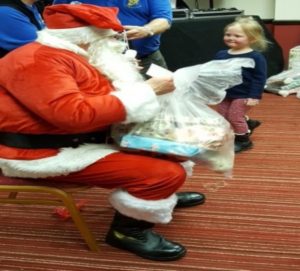