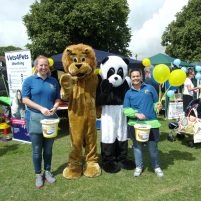 Fund-raising for Golden Lion Children’s Trust takes place in all venues and all weathers.

Broadwater Carnival & Worthing Fire Station Open Day
Saturday 22nd July 2017 started well until a deluge early afternoon caused every stall to close down in record time!
But we had fun in the morning. 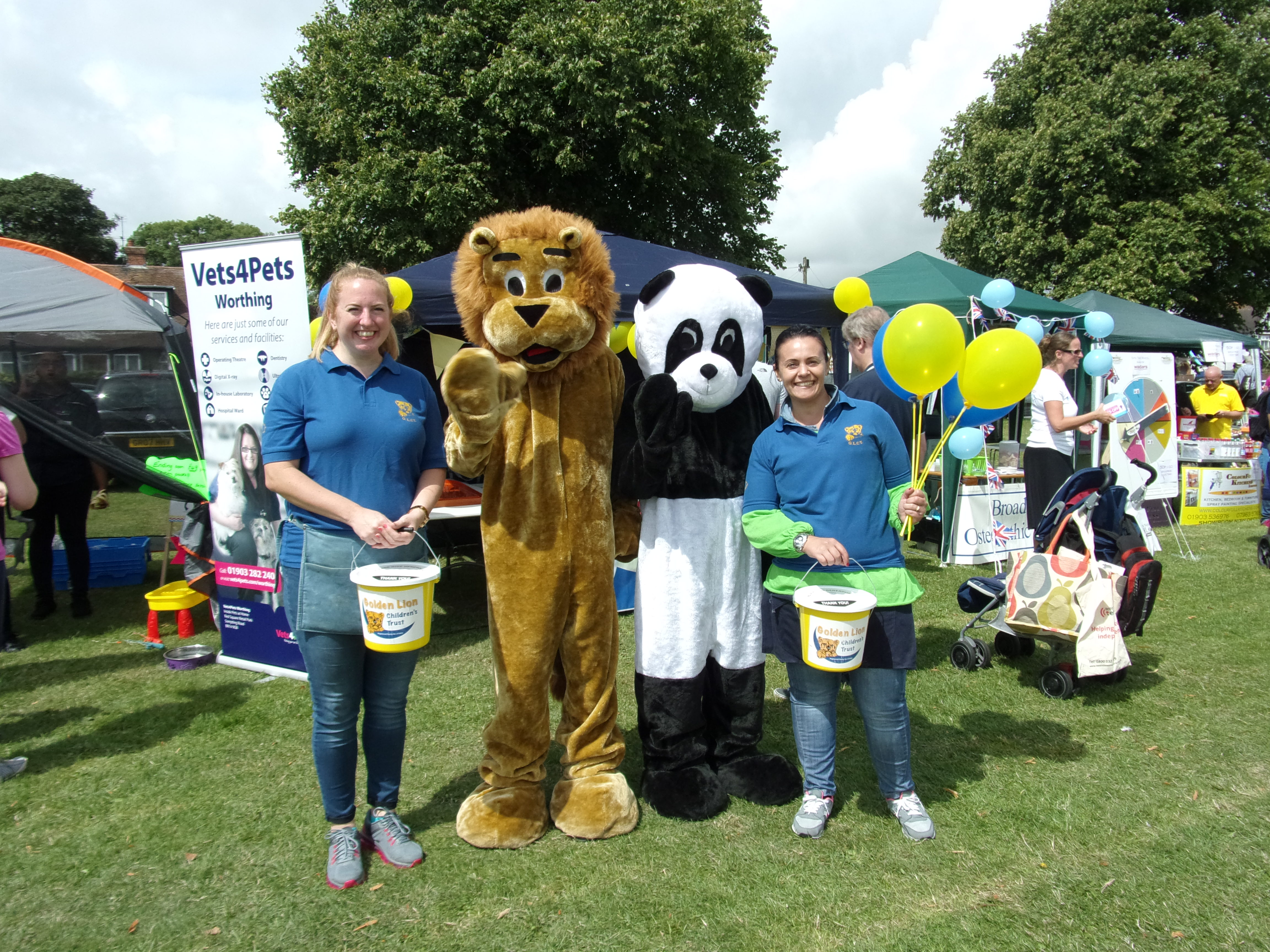 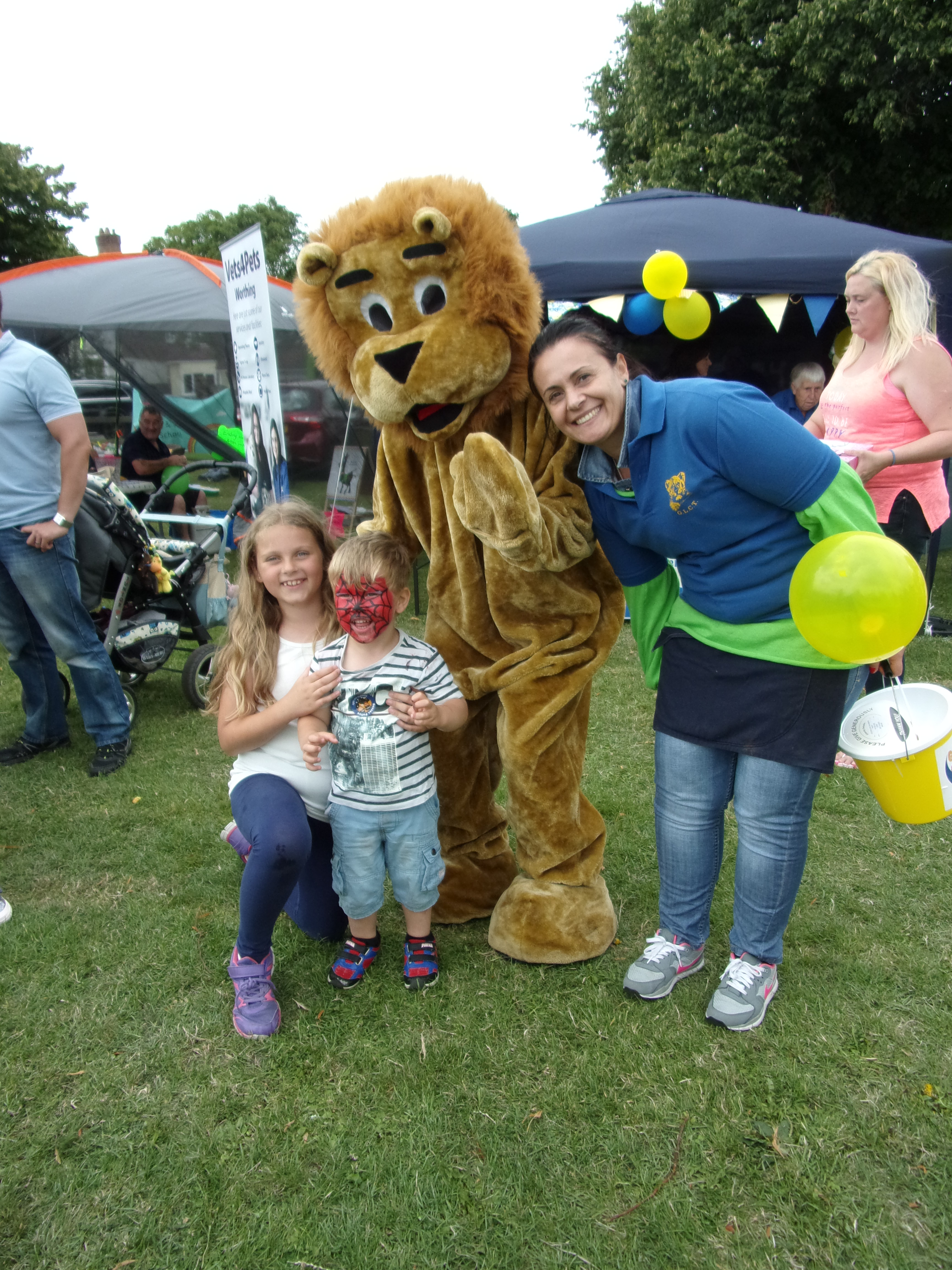 Once again the GLCT were lucky to be chosen as the Captain’s charity and as such were invited to run a stall on the special charity day on 12th August 2017.  This time the weather was kind! 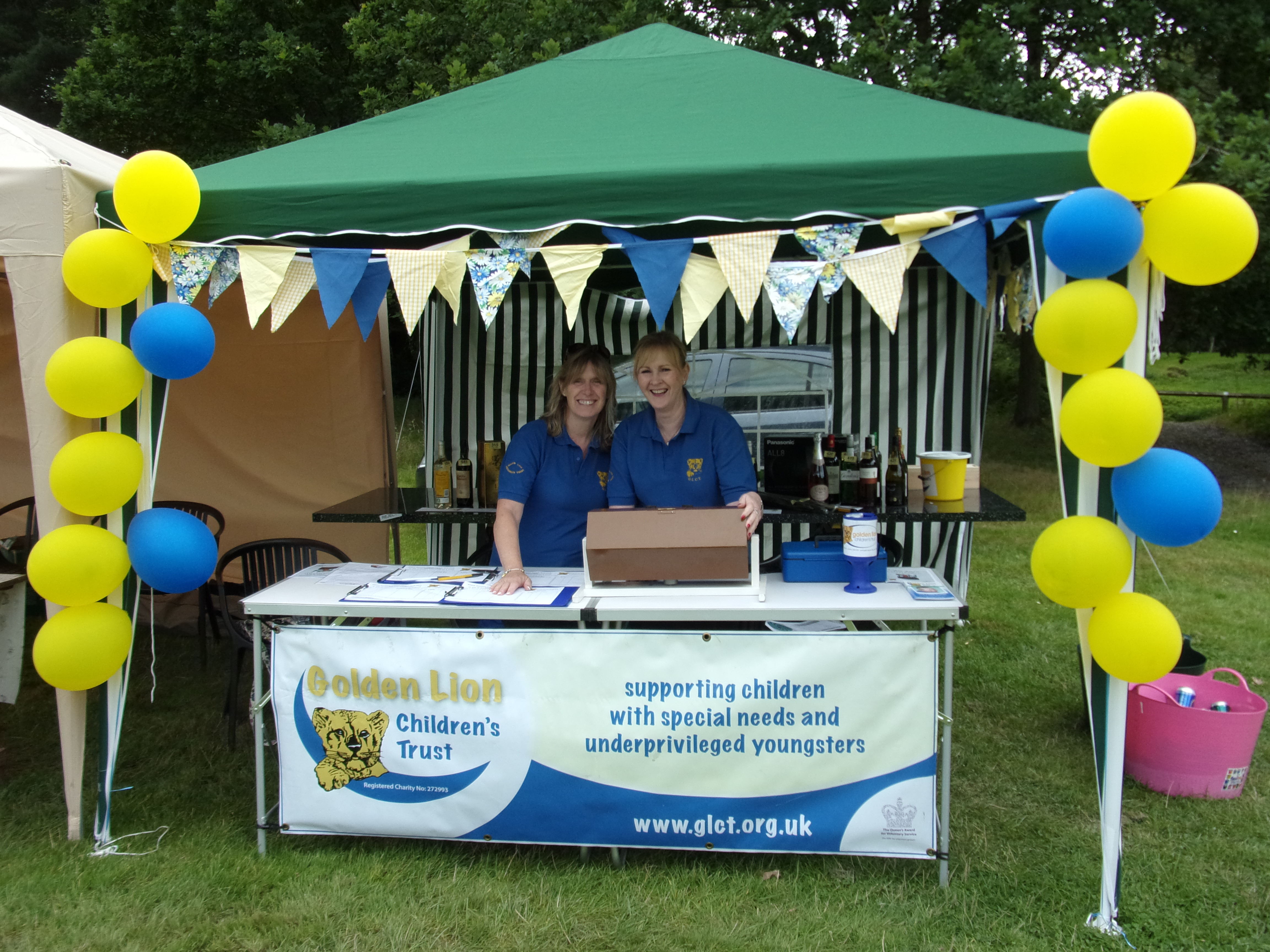 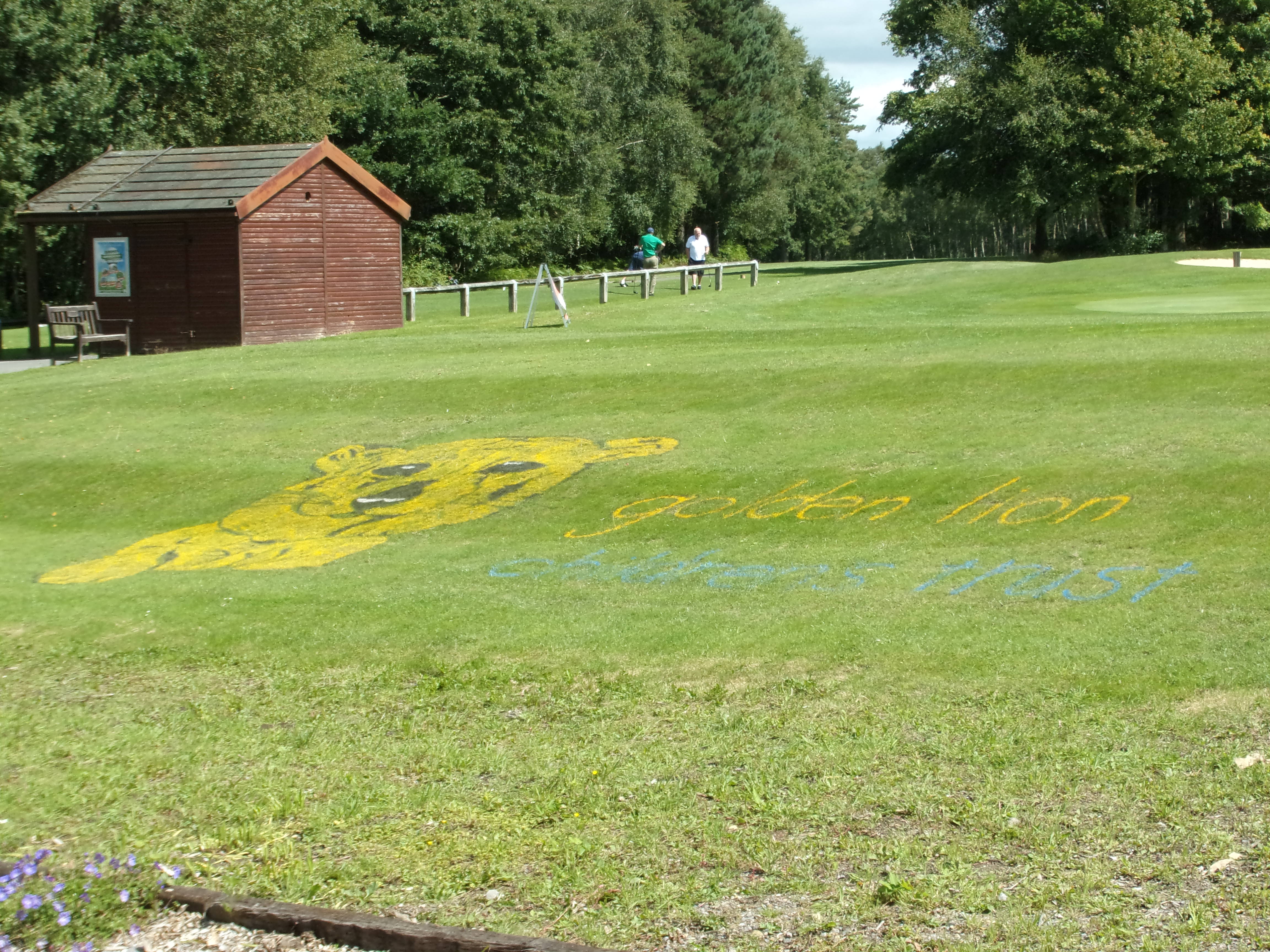 During their show on 25th August 2017 at the Capitol Theatre, Horsham the Beach Boyz Tribute Band agreed to incorporate the lyrics and run the BCal advert for which the original Beach Boys gave their permission.

In addition the theatre and band kindly agreed that the GLCT could be involved during the evening, to promote the charity.

The original adverts can be seen at 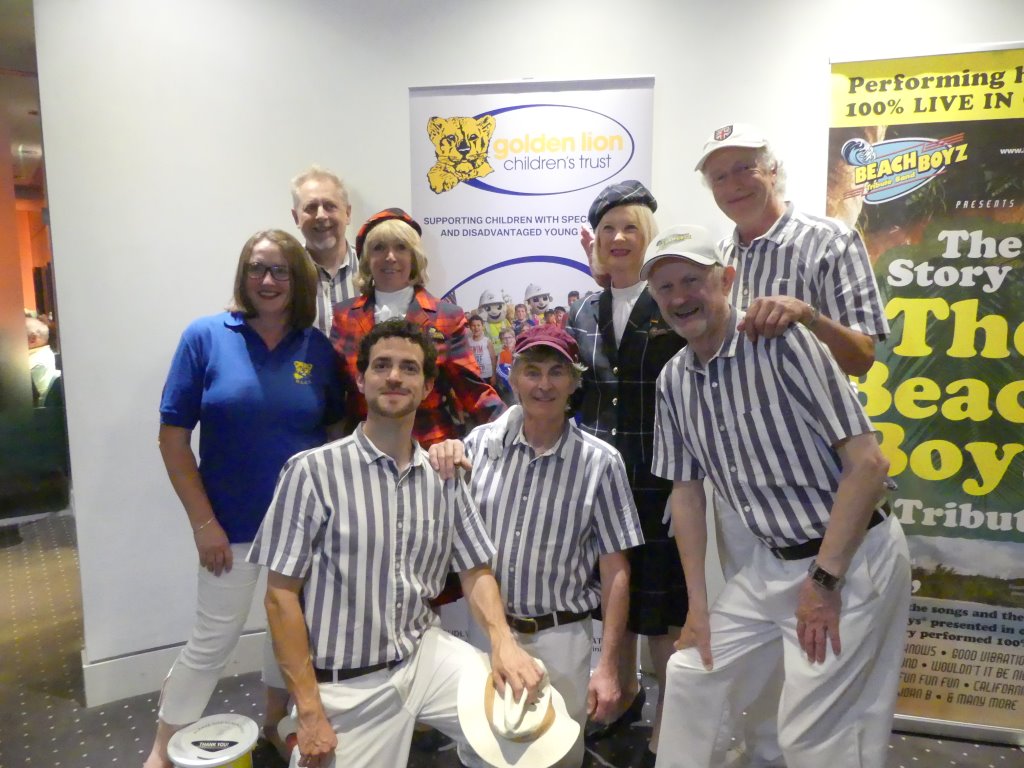 Another first for the Golden Lion Children’s Trust was being invited to the National Feast of Lanterns to mark the end of season for the Camping and Caravanning Club.

Each region takes it in turn annually to host the event. This year the SE Region played host and organised the event over Bank Holiday weekend at Hickstead Showground during possibly the hottest the Bank Holiday for many years. Over 1000 caravans and tents were on site and it was a very unique opportunity to raise the profile of the GLCT. 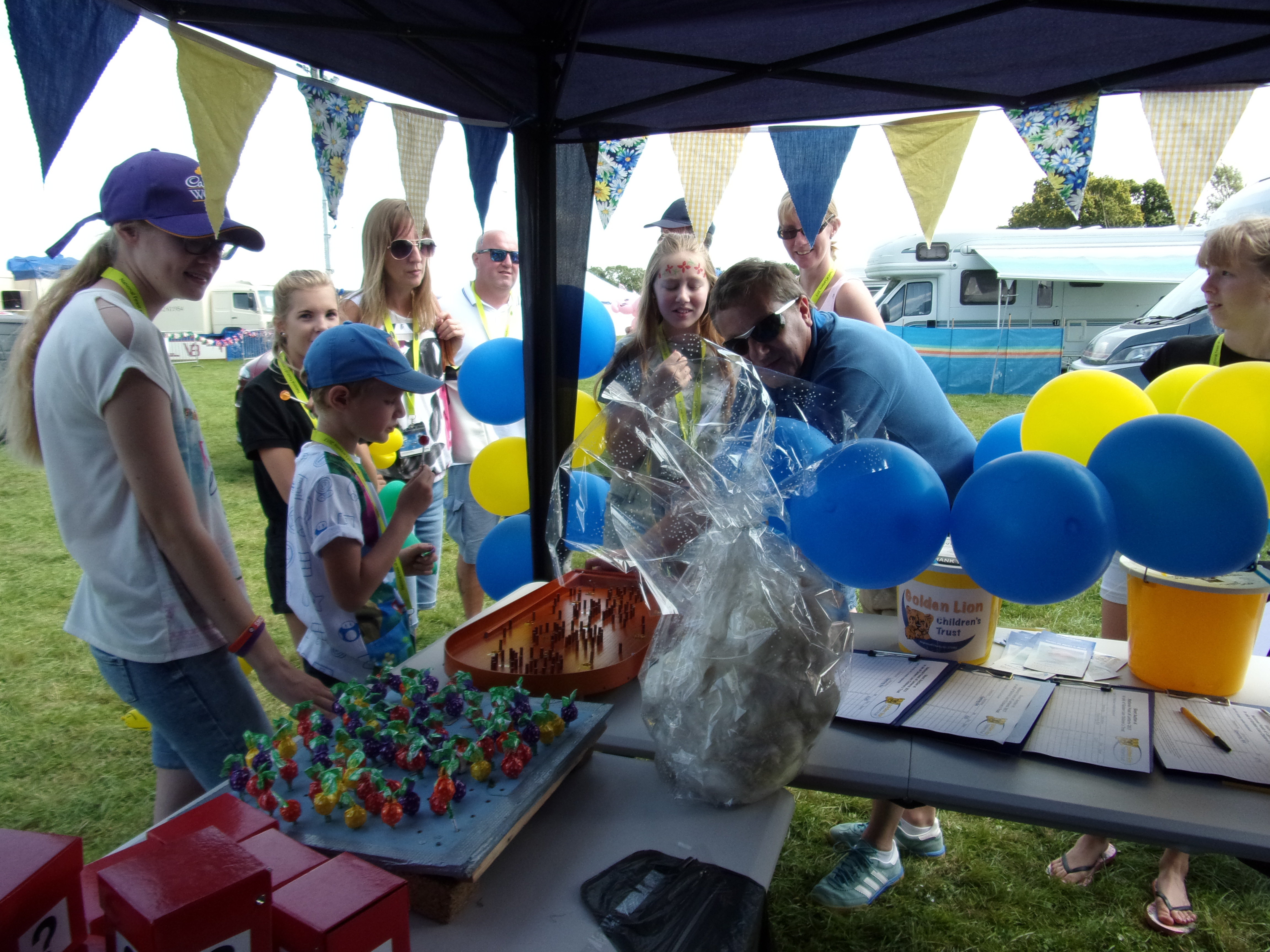 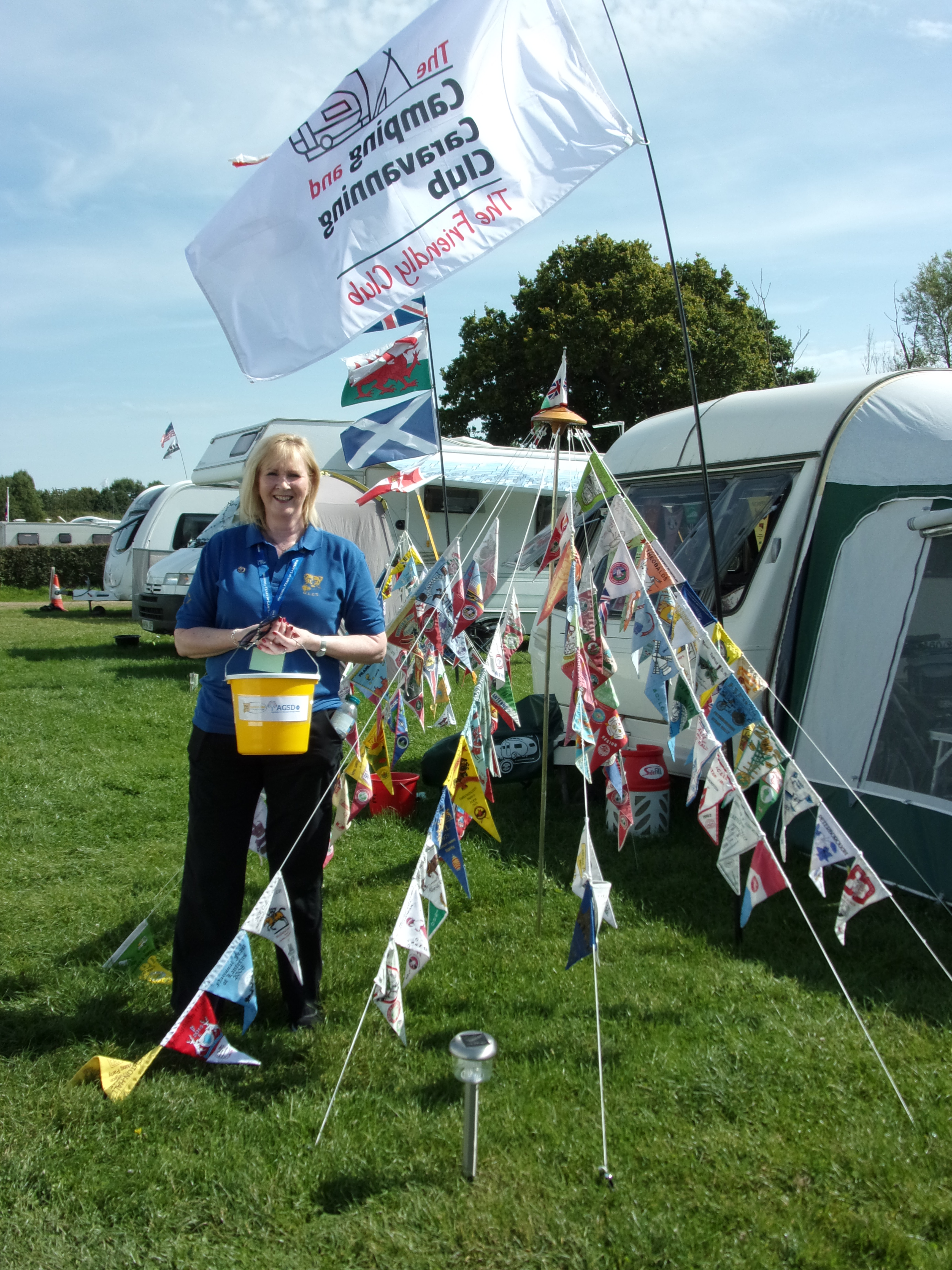 The Golden Lion Children’s Trust really appreciates the opportunities to work at so many varied events, with so many kind and interesting people, who always make the charity welcome. These projects really do help to raise the GLCT profile and explain different ways the charity continues to help children with special needs and disadvantaged young people.